During the COVID-19 worldwide lockdown, one of the key issues national economies faced was the breakdown of international logistics channels, creating an alert at the national and regional level to the dependency of international supply lines.

The breakdown of these supply chains was as critical as the pandemic itself as it showed the dependency from China even for such things as surgical masks. For governments worldwide, this should not happen again!

This catalyst effect will break the world in three main regions, that will re-invent themselves, production-wise: Europe (and the EU at is core), the USA and the Asian Pacific Region (APAC), with the two first ones swiftly looking for, at least, some autonomy at key sectors production level: Food, Medicine R&D and Health, with the remaining economic sectors on the go, taking advantage of internal discrepancies to keep production prices as low as possible.

Looking at Europe alone, we are already seeing the injection of billions of Euros in the economy, to rebuild the local industrial capabilities of this economical giant, that will spread around their low-income, high-productivity and high qualified workforce countries like the southern and former eastern block countries, based on the same rationale that took the production industries to China in the last decades.

This is a huge opportunity for such countries, to rebuild their industrial capabilities for European autonomy, led by the German giant, that is also taking advantage of this opportunity as a leading factor to effectively lead Europe and the European economy, through their weight in the European institutions.

The overall challenge though is not to undermine the Chinese market, not anymore as a low-cost production country but as a consumer market of 1,2 billion, where the European high-end products and brands can keep-on answering to their consumption demands as it already happens, due to brand awareness built for the last decades, being the real risk to the effectiveness of this strategy the Chinese government and their centralized decision-making policies, that will definitely react to the new European market strategies, unless Europe will leave behind such sectors as technological R&D and production, at the same time “killing” the American giant, that will lose economical ground due to the new Keynesian policies pushed on by the Trump administration.

We are looking at a time of great opportunities, mainly in Europe, if only Germany can out-weight their liberal rivals in the EU and, at the same time, manage to deal with the socialist southern countries, like Portugal, Italy, Greece, and Spain. 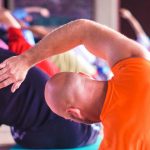 A Company goes to the Gym …Management, Organization, Strategy 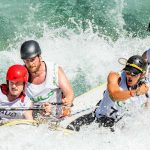