Strategic Planning entered the jargon of managers as if something very complex, intricate, and only accessible to a few.

But if we are paying attention, we can see that’s not the case.

Some literature defines Planning as having four very characteristic stages, sequential and unable to “leap” from one to another during the evolution process.

First Stage: It’s determined by the financial planning and you will find this in every single company, regardless of size and complexity. It is the process of defining the annual budget and the base for the company’s, business unit, or department performance assessment.

Second Stage: It happens when the definition of the annual budget goes beyond the current year, including provisions for two or more years based on the current plan as defined in the previous stage. Here you will find not even the majority of companies

Third Stage: This one already has some Strategic Planning characteristics in the sense that the planning’s already seriously oriented by market trend analysis, clients, and competition. This planning already considers a set of external factors as essential to defining its position in the medium and long term.

Fourth Stage: If finding the previous stage in a company it’s not common, this one is eventually rare. It’s defined by a systematic context analysis of the company’s current stage and future objectives where the majority of the analysis factors are, indeed, external. Including changes in the broad political environment where the company exists or wants to be in the future.

What its really curious its the fact that you can find small companies that are deeply involved in the fourth stage – the true Strategic Planning – and companies of significant size and success that never left the first one – where you just budget for the next year.

In which stage it’s your company? 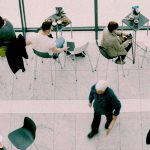 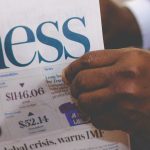 Selling ServicesManagement, Marketing, Sales, Strategy
We use cookies to ensure that we give you the best experience on our website. It's up to you to accept or not the use of cookies and to make the most of your experience.OkNoRead more